On November 20, 2020 the Surrey Police Board announced the appointment of Norm Lipinski as the Chief Constable of the Surrey Police Service. Chief Lipinski brings over 42 years of experience serving within large, urban Canadian municipalities to this role.

Surrey Police will be a modern, urban and community responsive police service designed from day one to address the needs of Surrey.

Recent events have highlighted the importance of local accountability and civilian oversight in policing. With authorities defined under the BC Police Act [RSBC 1996], the Chief and the Board provide policing services to the community.

Review the timeline for establishing the Surrey Police Service

Surrey has an unique opportunity to build a new community responsive policing model that addresses the specific issues in our community and will be designed from day one to reflect the community it serves. The infographic below shows some key characteristics of this young, diverse, and vibrant city. 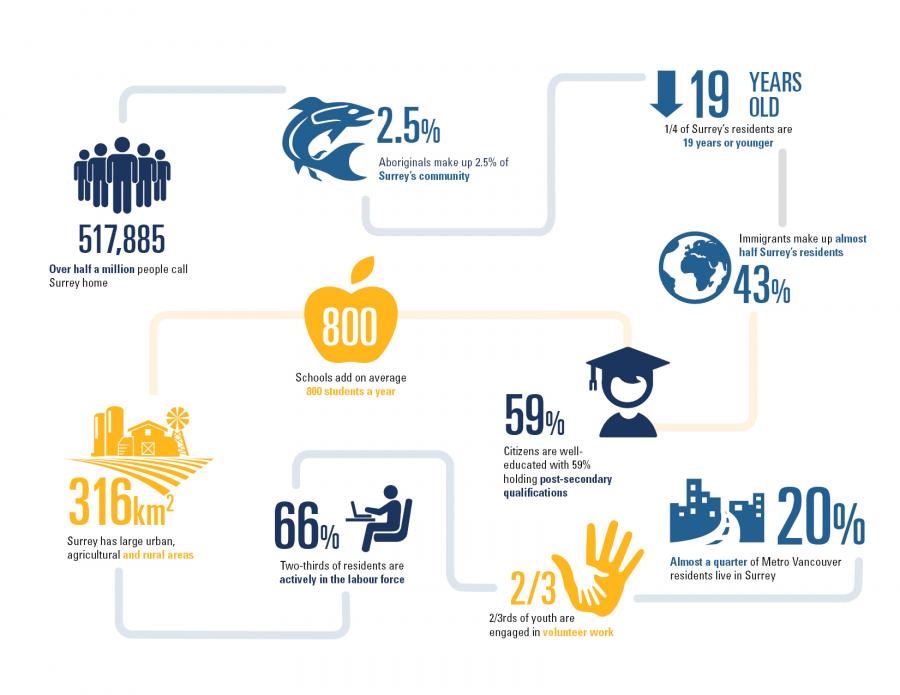