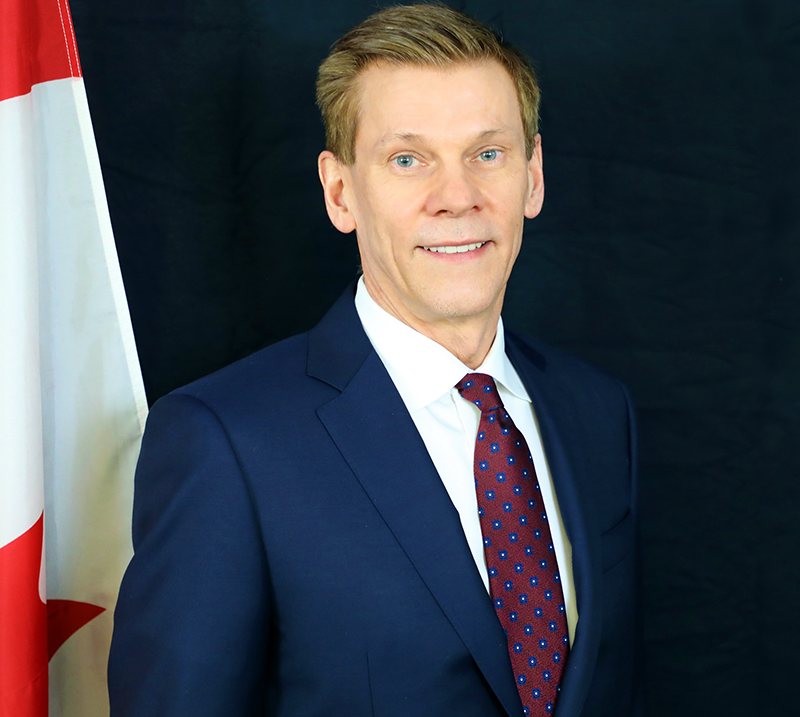 Chief Constable Norm Lipinski is an accomplished and highly respected policing leader with over 42 years of experience serving in large, urban municipalities. With a strong reputation as a community-focused leader, Chief Lipinski has a proven track record of championing progressive policing policies geared at de-escalating conflict, including diverse perspectives, and increasing police accountability.

Chief Lipinski’s in-depth understanding of the City of Surrey is informed by his five years serving as Deputy Chief in the neighbouring Delta Police Department, where he played a key role in devising and implementing effective crime reduction strategies. His understanding of large urban settings is further cemented by his 32 years of experience as Deputy Chief of the Edmonton Police Service in Canada’s fifth largest municipality.

Chief Lipinski also worked as Assistant Commissioner in the RCMP. He was the District Officer in the Lower Mainland District and the Criminal Operations Officer in E-Division for five years, which uniquely equips him to help steer Surrey through its transition from the RCMP to a municipal policing model.

Chief Lipinski’s achievements include receiving the Officer Order of Merit (OOM) bestowed by the Governor General of Canada, the Canadian Police Exemplary Medal, and the Queen Elizabeth II Diamond Jubilee medal. His educational background includes a Bachelor of Laws Degree (LLB) and a Master of Business Administration (MBA). 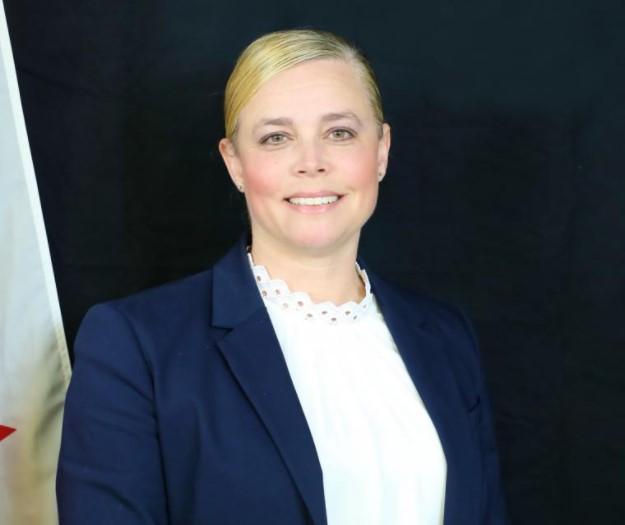 Deputy Chief Constable (DCC) Jennifer Hyland’s policing career spans more than 24 years in both municipal and RCMP policing. She is an accomplished and approachable leader who is a champion of diversity, compassion in policing and employee mental health, and advocating for the community’s most vulnerable.

She was the first Deputy Chief Constable to join the Surrey Police Service (SPS) in January 2021, in charge of the Support Services Bureau where she will oversee the recruitment and hiring of over 800 police officers to build the new Surrey Police Service. Since joining SPS, she has developed and implemented an Employee Services Section philosophy, which is a wrap around service of care and wellness for both civilian and sworn officers.

Deputy Hyland started her career with the New Westminster Police Department in 1998 as a uniformed frontline officer. There she developed a DNA registry for sex trade workers, which was later recognized by the international police community for its innovation.

Deputy Hyland is the recipient of the International Association of Women Police Mentoring Award for a leadership program she created and implemented and was newly appointed Member of the Order of Merit for Police Officers. 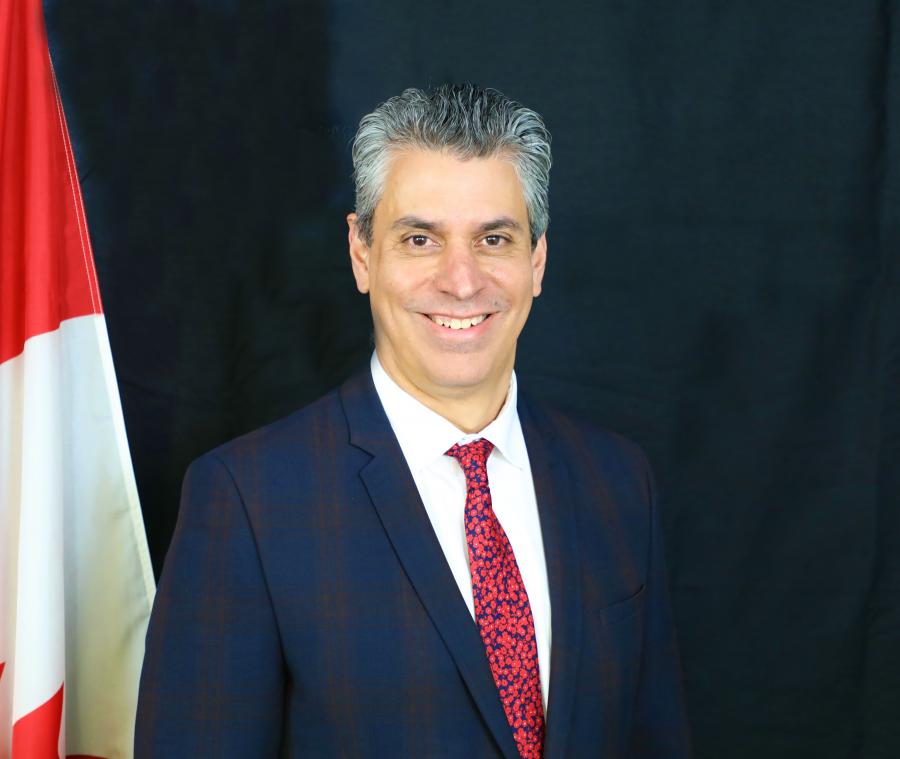 Deputy Chief Constable Michael LeSage assumed his role with Surrey Police Service in February 2021. He is responsible for the Community Policing Bureau. Members on Deputy LeSage’s team will be the first to operationally deploy in Surrey in fall 2021.

Deputy LeSage was born and raised in Sault Ste. Marie, Ontario, and is a member of Garden River First Nation. He began his career with the RCMP in 1996 and spent five years in Williams Lake, BC. He moved to the Northwest Territories in 2001 where he worked in the Fort Smith detachment, then in several positions in Yellowknife with Major Crimes and Drug Section, as the Mackenzie Gas Pipeline Coordinator, and finally with the Drug and Organized Crime Awareness Service.

In 2013, Deputy LeSage moved to Saskatoon, Saskatchewan, and took on the position of Officer In Charge of Integrated Organized Crime North. In January 2017, he assumed the role of “O” Division (Ontario) Criminal Operations Officer where he was responsible for 1,800 members in several offices and detachments throughout the province. During his tenure, he oversaw the largest deployment related to a national security investigation in the history of the RCMP.

Deputy LeSage received the Queen Elizabeth II Golden Jubliee Award for his leadership in National Security in 2012, and in 2019 was the recipient of the Public Service Award from the Transformation Institute. Outside of work, Deputy LeSage enjoys spending time with his wife and four children. 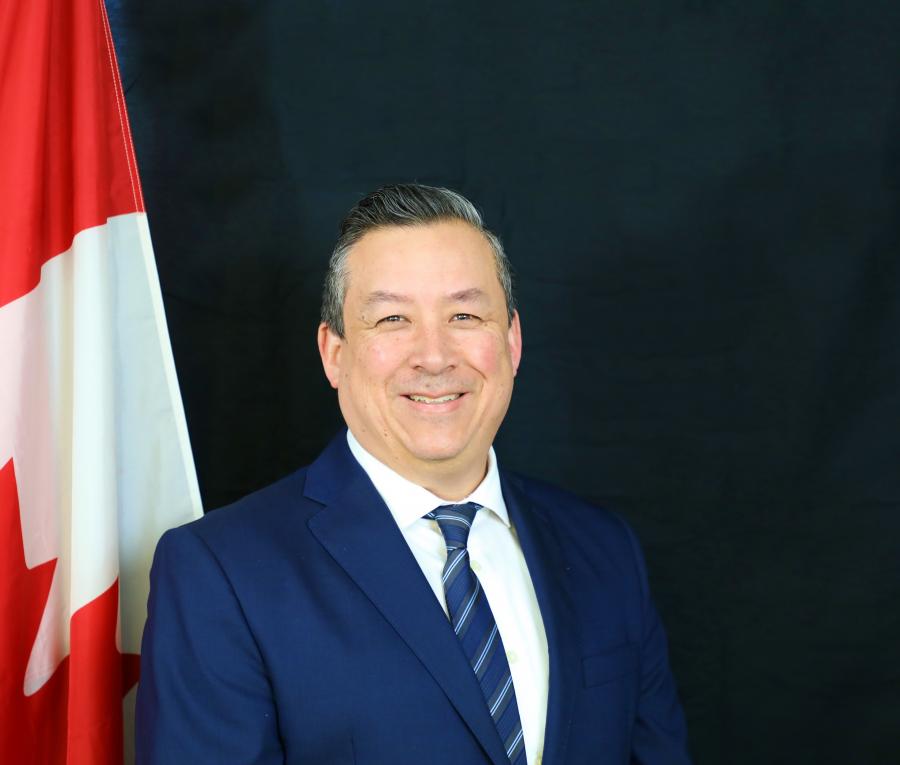 Deputy Chief Constable Todd Matsumoto is a dedicated and effective police leader with 27 years of municipal policing experience. He brings accountability to public safety through tried-and-true leadership, believing that inclusion of all community members is vital in forging partnerships for safer communities.

Deputy Matsumoto is devoted to inspiring others through ethical leadership while promoting their professional growth through mentoring and coaching. His focus will be to build and lead investigative teams that employ best practices and embrace community standards of fairness, transparency and trust.

Deputy Matsumoto has been the recipient of two Chief Constable Commendations and a Senior Officer Commendation for his investigative work and contributions to policing. He obtained a Bachelor of Arts in criminology from Simon Fraser University and completed the Queen's Executive Program at the Smith School of Business, Queen's University.